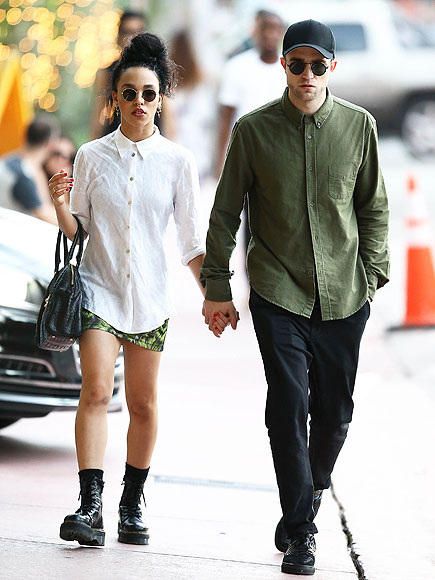 The actor and FKA twigs are engaged after just six months of dating, two sources tell PEOPLE. The couple's reps are not commenting.

The news comes after singer T-Pain spilled the beans, telling Vulture the musician may not contribute to his new album because "she's engaged now."

"Yeah, to 'ol Patty [Robert Pattinson]," he said in the interview, published Wednesday. "I don't know if she wanted anybody to know that …"

PEOPLE confirms the engagement, despite T-Pain's later Tweet that the slip of tongue was an April Fool's prank.

Pattinson, 28, and twigs, 27, were first photographed together in September, and they were spotted getting cozy in Miami during Art Basel in December.