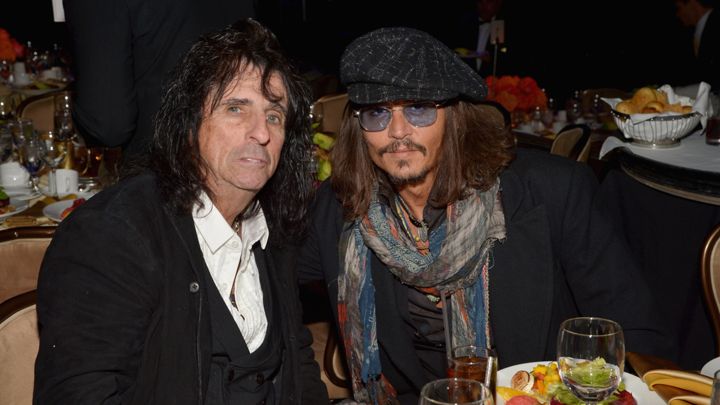 Su primera actuación será en el Rock in Rio junto a System of a Down, Queens of the Stone Age y Faith No More

The Hollywood Vampires, which takes its name from the infamous booze crew that Cooper formed with John Lennon, Harry Nilsson, Keith Moon and Ringo Starr at Los Angeles' Rainbow Bar and Grill in the Seventies, will perform this September at the Brazilian fest. So far, that's the lone date on the new supergroup's schedule. The Rock in Rio site also notes that the supergroup has also recorded an album together.

Depp has performed onstage with Cooper multiple times since the pair first met on the set of Tim Burton's Dark Shadows; Depp played a vampire in the film, Cooper played himself. Depp first played guitar alongside the shock rocker at Cooper's 2012 gig at Los Angeles' Orpheum. From there, the two formed a bond that eventually led to the recording studio, Cooper recently told Rolling Stone.

"We see each other a lot," Cooper said. "He's become a close friend and collaborator. We've done a lot of recording together recently. He is really a very talented and cool guy. Johnny is a guy who doesn't have to do anything; he does things because he wants to do them. It's not about his ego."